There is an expression, often repeated in Twelve Step Groups, that one should never judge one’s insides by others’ outsides.

I am the shittiest person in the world while my frenemy has the gorgeous, flawless skin of a twenty-four-year-old and her children actually ask to be fed artichokes and sparkling water while my kids snarf down mac’n’cheese, not even the organic kind.

Thank you Mark Zuckerberg for allowing me to bask in the professional glories of the girls I haven’t seen since I sat behind them in Mr. Bonamace’s sixth grade band.

Frankly, I’ve adjusted my Facebook settings so I see updates from the few humans I tolerate in person and then my BFFs Pema Chodron, Tim Ferriss, Richard Branson and Martha Beck.

If I aspire to craft a life as well-traveled, adventurous and charitable as those curated for Facebook, I might never get out of bed.

Bill Wilson, a founder of Alcoholics Anonymous, recounts in AA’s “Big Book,” a compelling piece of literature for the uninitiated, that after he returned a hero from World War One,

“The drive for success was on. I’d prove to the world I was important.”

Instead, Bill failed to graduate law school because he was too drunk to pick up his diploma. His new wife Lois Burnham Wilson tried to keep him from booze by dragging him across the country on a motorcycle evaluating companies as a stock speculator.  His behavior was a stunning display of drunken insecurity, the exact opposite of the success and recognition he sought.

Insecurity is the rule rather than the exception.

So many of us walk through life with a gaping hole.

“I get many letters from the ‘worst person in the world.’  Sometimes this worst person is getting older and feels he has wasted his life. Sometimes she is a suicidal teenager reaching out for help. The people who give themselves such a hard time come in all ages, shapes, and colors. The thing they have in common is that they have no loving-kindness for themselves.”

I befriended in my travels a tall real estate baron, let’s call him Mr. Big, of rugged and handsome Italian stock who enchants everyone he meets, women and men alike, with his self deprecating humor and exuberant curiosity. But he tells me he cannot meet his own gaze in the mirror. His voice become cold and angry and his face contorts with rage as he tells me he hates himself.

He is a dry drunk. His fantasy is a weekend bender sequestered from his family in an outrageously luxurious hotel room.

Our drug may be booze. Or food. Or sex. Or success.

We reach for false comfort in the middle of the frantic quest to prove ourselves.

We have the mistaken belief that we are not enough. That others can see through us.

Behind the facade of thick long hair and designer thigh high boots is a scared, insecure and vulnerable woman who seeks soul connection with other humans — who basks in love’s glow or the sweaty bristly head of the six-year-old who thinks she’s the most beautiful.

We deny vulnerability and power through. We’re scared and alone and dodging bullets, but we look great and have the material trappings of success.

Brené Brown recounts in her book “I Thought It Was Just Me (But It Isn’t)” how women reveal their shame about their supposedly imperfect bodies. One woman recounts:

All of us feel shame or contempt toward ourselves on occasion.

We all feel sorrow.

We are trying to prove.

Inside our hearts festers the chilling fear that we will be exposed as incompetent, disgusting, unskilled, undeserving of our successes.

I’m 41. I accept my imperfections. I practice radical self care.

I recognize that what I see on Facebook is often very carefully edited.

I’ve given up spin. I seek what brings me pleasure and meaning.

Anne Lamott explains that after she gave up drinking, “this welcoming toward myself took a big adjustment, a rebalancing of my soul. There had been so much energy thrown into performance, achievement, and disguise. I felt I had gotten a permission slip for the great field trip, to the heart of myself.”

I coach people to create authentic joy. Maintaining appearances is exhausting. I tend to “the heart of myself” and teach my clients to do the same.

There is nothing more beautiful than finally relaxing into comfort in my own skin. 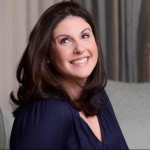